‘India is not only building games…’: FarmVille developer Zynga

Kishore Kichili, who heads the India market of Zynga, disclosed that the Bengaluru studio of the company has played an important role in the development of FarmVille 3, which is available to play on iOS, Android and desktop M1 Mac.“

FarmVille was launched on Facebook back in 2009. The farming-simulation online game required players to plough, plant, harvest and raise livestock to gain point and at one point had millions of active users.

Do not fret if your child is playing Farmville on Facebook with his/her siblings or cousins.

Rohan Joshi,stand-up comedian,writer,columnist,and occasional screenwriter is ready to make the city roll on the floor laughing with his rib-tickling performance at Comedy Central at Phoenix Market City on September 21,8pm onwards. 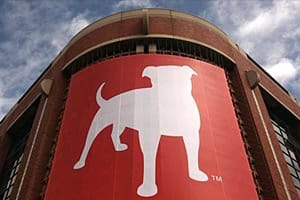 Jeff Karp was hired at Zynga Inc. in August 2011

Zynga has filed initial papers with US market regulator SEC for an initial share sale.

Lady Gaga heads to Farmville with Born this way

Social networking site Facebook's many popular applications are found to be transmitting information about the users and even their friends to advertising and Internet tracking companies,says a report.

Even as IPL franchise owners continue to face the heat from income tax authorities amid allegations of financial irregularities,netizens are making quick bucks after buying their favourite teams in the virtual world.

As virtual farms crop up,gamers have a field day

A virtual farm attracting up to 83 million aspiring farmers monthly has video game developers scrambling to find ways to plough the booming popularity of games on social networks.