'We saw the sun rise from under our feet': Everest Twins Tashi and Nungshi Malik

The Malik sisters are among the 400+ women from across the world who have taken on the 'Women Peak Challenge' in Switzerland, where they are representing India

Two light helicopters shuttled the injured from base camp to a lower altitude, from where they could be evacuated back to the capital, emergency officials at Kathmandu airport said.

All this after Nepal’s big plans to minimise congestion.

Reaching the base camp below Mt. Everest is considered one of the arduous tasks on earth.

Aaryan Balaji trekked to the Everest Southern Base Camp on May 13. 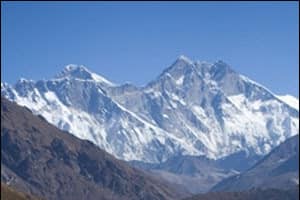 Two climbers have already died in the Everest in this season. 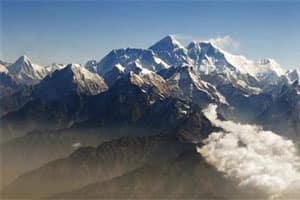 Over 2000 stranded near Everest base camp,weather hits rescue

Authorities had to close the only airstrip serving Lukla due to bad weather. Adventure became synonymous with her name when she got married at the age of 20.

The Saturday avalanche is being said as the deadliest disaster in the history of mountaineering on the world's highest peak.