Bablu’s family members said his contractor Sardar Singh asked him to re-enter the manhole after he spotted a single polythene cover.

The protesters had initially gathered at the Adobe crossing near Sector-24, but were later forced to leave by police.

2 asphyxiated in Noida manhole, another rescued

Eyewitnesses said Valmiki lowered himself into the manhole without wearing any protective gear.

One dead,seven injured as portion of private building collapses

A portion of a private building near the ESI hospital at Sellur area collapsed early this morning.

A five-year-old boy died after he fell into a sewage canal in Sector-7,Manesar 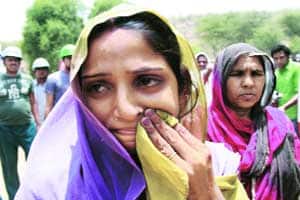 Four days after five-year-old Mahi fell into a 70-foot-deep illegal and abandoned borewell in Khoh village,Manesar,rescue officers pulled out her decomposed body around 2 pm on Sunday. 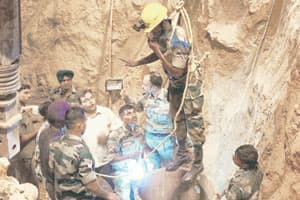 Mahi fell into 70-feet-deep borewell while she was playing with her friends on June 20.

A 20-YEAR-OLD city resident drowned in the Kaushalya river on Sunday.

59-km-long corridor will run from Mukundpur to Shiv Vihar,expected to be ready by 2016. 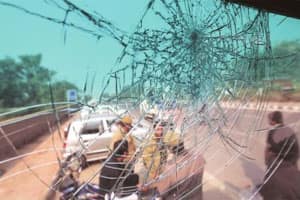 In yet another incident of road rage,an ex-Serviceman fired at a truck driver after the latter refused to let him overtake near ESI Hospital,Ring Road,on Tuesday night.