The awards ceremony for the 2012 prize for Sirleaf was held at Rashtrapati Bhavan. 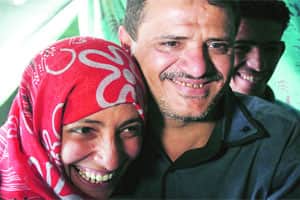 The three women have campaigned for women's rights and end to violence in Liberia and Yemen.