Meghan Markle and Ellen DeGeneres, who met at a pet store more than a decade ago, chatted about Halloween (Archie was a dinosaur and baby Lili a skunk), and more serious issues like Meghan’s work to push for federal paid family leave.

Brad Pitt and Angelina Jolie managed a no-leaks wedding in France after some nine years and six kids together, and a years of speculation on when and if they'd marry. 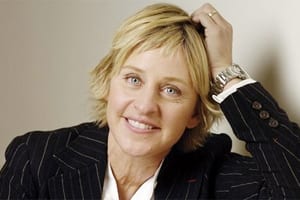 Ellen Degeners has been named the most inspiring gay icon. 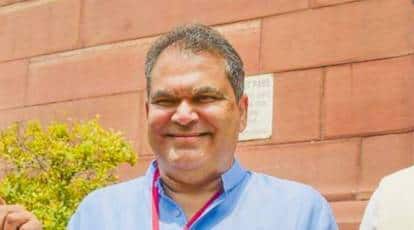 The regular Ludhiana-Delhi flight from Sahnewal domestic airport was discontinued in 2020 due to tepid response in the wake of the Covid-19 pandemic.

Neha Dhupia, who hailed Shah Rukh Khan's Pathaan, has dug out an old video where she had claimed, "Either sex sells or Shah Rukh Khan".

‘Sarfaraz Khan is not just smashing selection doors but burning them as well’: R Ashwin

Sarfaraz Khan was not selected for Australia Test series.

Gurung’s outfit has withdrawn from the Gorkhaland Territorial Administration pact and is trying to bring anti-Trinamool forces on board.

NTA JEE Main 2023 Session 1 LIVE Updates: Will there be negative marking in Section B?

NIMHANS develops workplace stress test: Why you need to take it for your heart health

NIMHANS researchers develop a tool to map the mental health of employees and help companies ease the work environment. 'Measuring stress is important because long-term stress has been linked to an increased risk of heart diseases and other non-communicable diseases,' says Dr Gautham M S, additional professor in the department of epidemiology.

On Thursday, a video that went viral on social media showed that a black Scorpio car with a black screen and without any number plate was being driven in a rash manner on the expressway.

Mumbaikar Kunal Thakkar recounts his two-year journey of taking 30 tablets a day, living through extreme pain, hallucination, depression and finally running a YouTube channel. All with a little help from the BMC