Elephant shows and rides have long been popular with tourists, especially the Chinese, while animal rights groups' criticism of how elephants are handled there has given rise to tourism in sanctuaries.

The ground staff of the state forest department has been on strike for weeks even as the state recorded over 500 forest fires between February 15 and March 31.

The adorable video that shows elephants frolicking in snow will melt even the coldest heart.

🔴 Chhattisgarh is among the states worst-hit by human-elephant conflict in the country, with more than 10 of its 28 districts affected.

🔴 The survey was initially supposed to get over by the first week of September. Anekal tehsildar Dinesh P said that monsoon rain delayed the survey and the tribals are yet to be rehabilitated.

Separated from herd in May, elephant kills 16 in 6 Jharkhand districts

From Tundi in Dhanbad, the pachyderm travelled to Jamtara, Deoghar, Dumka, Pakur and Sahibganj and returned to Tundi through the same route and killed 16 people, according to forest officials.

China's wandering elephants are now becoming international stars with global media chronicling their trek with videos of their antics being shared widely on Twitter and YouTube.

Several times a week, British classical pianist Paul Barton, 57, sets up a piano against a backdrop of forested slopes and plays for his four-legged friends.

At India’s first hospital for elephants, opened last week in Uttar Pradesh's Mathura, 49-year old Asha placed her left foreleg on a stool for a doctor to attend to an injury while visitors filmed it all on their mobile phones. 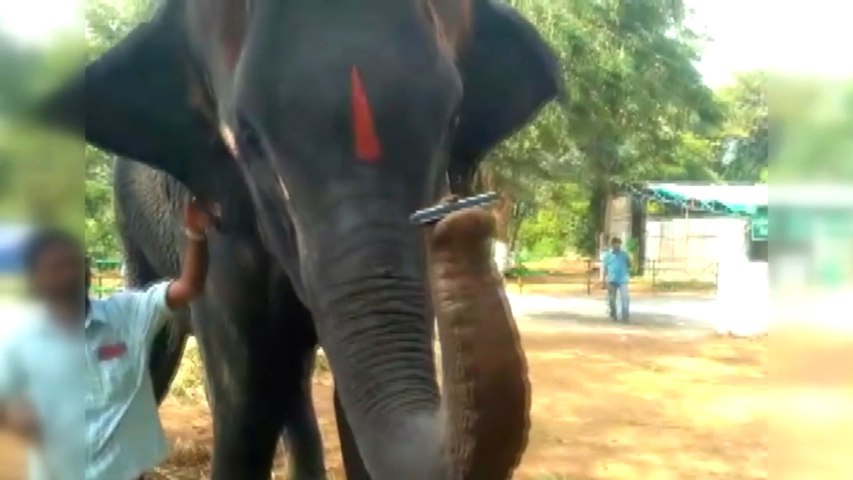 In this video filmed at the Thekkampatti Elephant Camp in Tamil Nadu, an elephant trainer can be seen placing a harmonica at the tip of Andaal the elephant's trunk. The harmonica sounds loudly as Andaal breathes in and out.