Sunny Leone has never shied away from her past. Here's a look at her Bollywood journey.

Bollywood has, in recent times, found its 'Basic Instinct' with erotica like 'Ragini MMS 2' and sex comedies like 'Grand Masti'.

‘Ek Paheli Leela’ has opened to a collection greater than the recently released movies.

'Ek Paheli Leela' review: All the movie wants to do is exploit Sunny Leone

Ek Paheli Leela review - Why pretend towards a plot, when all this film wants to do is to exploit its leading lady?

I will make TV fraternity proud of me: Jay Bhanushali

"I am proud I am a TV actor I will make TV fraternity proud of me", says Jay Bhanushali.

Sunny Leone: Love of my fans keeps me in Bollywood

Sunny Leone was all excited and pretty as she promoted her movie 'Ek Paheli Leela' at a mall in Gurgaon.

My competition is not with Sunny Leone: Jay Bhanushali

While Sunny Leone is grabbing all the limelight, Jay says: "I'm not a chick to get insecure of Sunny. I'd rather be insecure of my male actors because my competition is not with Sunny. "

'Ek Paheli Leela' is shot at iconic locations of Rajasthan

Jay Bhanushali: Don't want to be known just for kissing

Jay Bhanushali admits he was offered similar roles but is trying his best not to get typecast. 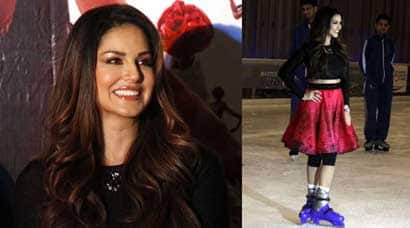 Sunny Leone, who calls her working in Bollywood movies “not less than a dream come true”, was all chirpy, excited and pretty as she promoted her upcoming movie ‘Ek Paheli Leela’ at a mall in Gurgaon. 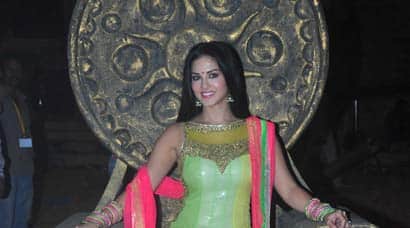 Sunny Leone is busy with her upcoming film, ‘Ek Paheli Leela’ as she had some fun posing on the sets on Tuesday (February 3).