Samples from the deceased patient have been sent to National Institute of Virology, Pune, for testing.

With Nigeria Ebola-free which killed 6583 people, inflow of patients from Nigeria to Pune city resumed.

Canada has joined Australia in suspending entry visas for people from Ebola-stricken countries in West Africa.

As many as 193 passengers, who returned from affected countries, were traced for 30 days to check on symptoms.

In the season of Ebola virus scare, national disaster agency is adrift and headless

After J&K floods and Hudhud, now Ebola lurks. We examine India's response preparedness to disaster, both human and man-made

A high court bench had on Friday directed the Centre to install thermal scanners at Pune and Nagpur airports.

Thermal scanners, which detect high temperatures among passengers, have been installed at airport in Johannesburg. 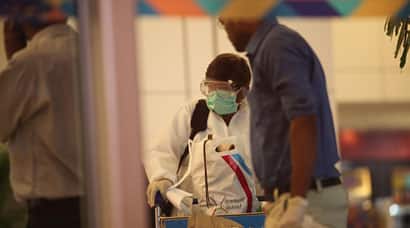