In a recommendation sent a few days ago, the ministry has sought decriminalising possession of small quantities of drugs for personal consumption.

The 24-year-old accused is identified as Shreyas Kenjale, a resident of Goregaon (E), where he stayed with his parents. A team of NCB officials raided his house on Monday night and recovered a huge quantity of Lysergic Acid Diethylamide (LCD).

We were groped, beaten by AAP men: Four Ugandan women go to police

Not for pilots: Mouthwash,cough syrup with alcohol

The warning is part of DGCAs new draft rules to check alcohol consumption among staff. 'Ram will be relieved from the camp but Vijender would continue to remain in the camp.' 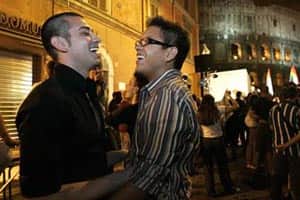 Drug use '7 times higher' among gays

The most widely used substances among those surveyed were party cannabis and poppers.

How many teens have Internet addiction?

One in every 25 teens reported an irresistible urge to be on the Internet,tension when they weren't online,or said they had tried to quit or cut down on Internet time,according to a U.S. study.

Now,Goa Home Dept nod a must for pleasure parties

In a significant order,Goa Home Ministry has curtailed the powers of districts administration in allowing get-together and pleasure parties in the state. Federer and Nadal both voiced their displeasure at Agassi after the former world No. 1 revealed he took the recreational drug crystal meth.