'Food for the skin and soul': Dipannita Sharma shares 2-in-1 avocado hack

"Skincare isn't makeover! It's sort of a diligent process over many years," shared the model and actor

A remake of the surprise Tamil hit of the same name, the film proves a point. That successful horror doesn't need stars, it needs a solid script, and atmospherics.

Dipannita Sharma's friends have challenged her to watch her own supernatural thriller Pizza' all alone.

Dipannita Sharma does not use exotic skin

Dipannita appeared in a PETA ad to highlight the horror of using reptile skins for exotic fashion.

Want to do only challenging roles now: Dipannita Sharma

"I want to do challenging roles now. I did loads of glamorous parts in the past but now I won't," she says.

Dipannita Sharma says did not hesitate to don a deglamourised avatar in 'Pizza'.

"I am doing a special appearance in a film of Bejoy Nambiar," said Dipannita. Only Anushka breaks through YRF's campaign for 'Ladies vs Ricky Bahl',which is dominated by Ranveer Singh.

For the YRF stable,its a shot at experimentative marketing. 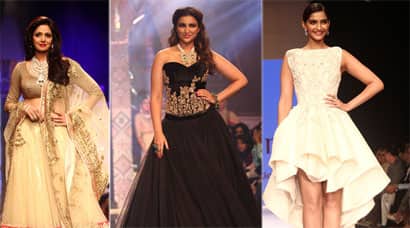