Shah Rukh broke into Bollywood as India became liberalised, his DDLJ years signify a new risk-averse India’s rise and the last decade has him, and us, finding our feet in a quickly-changing world. So, which is your favourite SRK movie?

With arms wide open, Shah Rukh Khan redefined romance as Raj in 'Dilwale Dulhaniya Le Jayenge', but the superstar says he nearly refused the film as he found the role too "girlish."

SRK - Kajol starrer 'Dilwale Dulhaniya Le Jayenge' was honoured at the 2015 IIFA awards for its successful run of 1000 weeks at one of India's theatres.

Dilwale Dulhania Le Jayenge, which was supposed to be taken down from Maratha Mandir, will be screened for atleast one more week.

DDLJ's reign over our hearts will continue: Farida Jalal

Farida Jalal role as a supportive mother in "Dilwale Dulhania Le Jayenge" carved a special place for her.

Silence is the only source of my voice: Shah Rukh Khan

Shah Rukh Khan, Kajol, Anupam Kher, Farida Jalal, Mandira Bedi and Pooja Ruparel were among the cast members of the 1995 film who lit up the "Comedy Nights With Kapil" set.

Farida says she was always bracketed in the role of a mother and now a grandmother in films and that is the worst thing that can ever happen to any actor.

In what can be called a perfect tribute to the iconic love story - 'Dilwale Dulhania Le Jayenge', Yashraj Films has come up with a new trailer for the movie that marks the completion of 1000 weeks of its runtime at the Box Office. 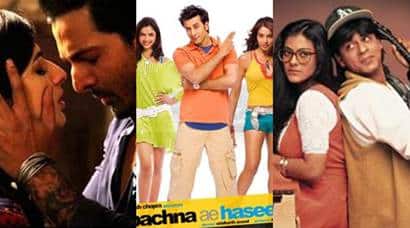 Bollywood's latest offering Sanam Teri Kasam has relesased today. The film's title will remind you of the hit song 'Sanam Teri Kasam' which had Kamal Haasan and Reena Roy in the lead. It has been a trend in Bollywood for many years to keep movie titles on old songs. Dilwale Dulhaniya Le Jayenge, Chalte Chalte, Kabhi Alvida Na Kehnaa, Jaane Tu Ya Jaane Na, here's a list of top 20 movie titles which have used song lyrics. 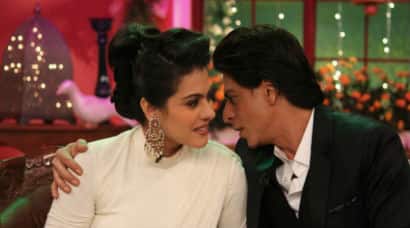