Deputy Chief Minister Sukhbir Singh Badal on Tuesday gave a final shape to the contours of Third Party External Audit on the money spent by 1,3047 panchayats on various development works in villages 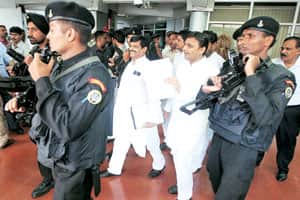 Irked by the poor pace of implementation,Yadav said laxity in the matter would not be tolerated.

Mamata Banerjee on Tuesday said her government will sanction Rs 100 crore for the overall development of Jalpaiguri district.

Chief Minister Mayawati would begin her second round of statewide tour by the end of September to get first-hand report about the pace of development works and state of law and order at ground level.

Pune's guardian minister Ajit Pawar has given a go-ahead to the corporators of the Nationalist Congress Party for the Rs 300-crore loan that Pimpri Chinchwad Municipal Corporation...