The rebound is noteworthy especially after transactions across Gujarat fell by 43 per cent towards the end of November 2016, the month when demonetisation was announced.

Across the Aisle: Do good; else, do no harm

Demonetisation was a thoughtless and rash decision that turned out to be a colossal mistake and imposed a huge cost in terms of denting economic growth and heaping misery on millions of ordinary people.

Out of my Mind: Keep changing

The BJP should be proud that it has undertaken several policy initiatives which have begun to clear the decades of debris left from earlier economic policies.

Union minister Ravi Shankar Prasad cited a drop in flesh trade as one of the positive aspects of demonetisation. Gita, a sex worker in one of Asia’s largest red light areas, has something to say

One year of demonetisation: After a roller coaster ride, real estate sector on a firm ground

Demonetisation has brought significant disruptions into the economy — and particularly the real estate sector.

Is it right to push sex workers to the brink by such a move and then highlight it as a positive side of demonetisation? Sex workers are also human beings and citizens of this country, said Smarajit Jana, chief advisor of Durbar.

To prevent the crowd from breaking the barricades, police used water cannons against the masses. Because of this, the rally could not move forward and they had to move back from gurdwara. SHO Ajay Kumar said no one was injured in water cannon attack.

Asked why the Modi government didn’t expose those who have taken the global tax havens’ route to evade taxes, he said, “Some treaties don’t allow naming of the persons. But the list we have submitted to the Supreme Court has many more names.”

Marking one year of the decision, Union ministers and chief ministers and other BJP leaders across the country hailed the policy as a big and bold step to combat corruption.

The BJP and Congress-led Opposition locked horns on November 8, while the ruling party is celebrating ‘anti-black money day’, several Opposition parties have decided to observe it as a ‘Black Day.’ 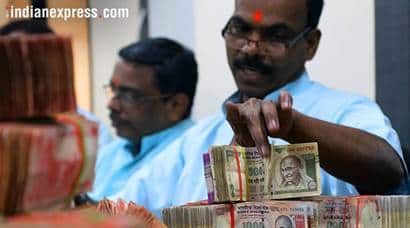 In an attempt to end block money and corruption in the country, Prime Minister Narendra Modi announced demonetisation of high-value currency notes on November 8, 2016. On the first anniversary demonetisation, here are the pictures of how the common people dealt with this move.

One year after demonetisation: its impact and lessons

One year after demonetisation: A look at its impact, lessons learnt and status of the economy.