The Big Picture: Pact of death

The four suicide videos raise more questions than they answer.

The state Department of Children and Families said yesterday children who were living at the home are in state custody.

The bodies of four persons of a family,including three minor boys,from a village in Basti were found floating in Manorama river,police said.

The Ludhiana police recovered the dead bodies of a young boy and a woman near Barewal on Thursday morning after labourers spotted them caught in a net under a bridge on the Barewal canal.

21 dead in religious rioting in Nigeria

Journalists in central Nigeria have seen 21 dead bodies awaiting burial in the troubled city of Jos,all victims of religious rioting. 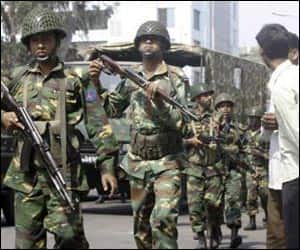 A mutiny in the Bangladesh Rifles was quelled as Premier Sheikh Hasina granted a general amnesty to renegade soldiers,hours after the rebels demanding pay hike stormed their headquarters in Dhaka and opened fire on senior officers leaving three people dead.