On December 31, 2019, China reported a new virus to the World Health Organization (WHO), which later came to be known as COVID-19 -- the “CO” stands for coronavirus, “VI” for virus and “D” for disease. The coronavirus itself is called “nCoV-2019”. The virus, which causes symptoms ranging from an itchy throat to pneumonia, has killed thousands globally and infected millions. Several countries, including India, have implemented lockdown measures and other restrictions in a bid to stop the tranmission of the coronavirus. There are global efforts to find a cure or vaccine for the coronavirus, with several studies underway and in different stages of development. Scientists are also trying to understand the origin of the virus and how it is transmitted. An indigenous vaccine for the coronavirus is being developed in the country by the Indian Council of Medical Research (ICMR) in partnership with Bharat Biotech International Limited (MMIL). India initiated a lockdown on March 24 due to the coronavirus, and has gradually eased restrictions in phases. The country stopped rail and air services to contain the coronavirus. The Centre announced a Rs 1.7 lakh crore package to that would largely benefit the unorganised sector workers, especially daily wage earners and the urban and rural poor. The Reserve Bank of India (RBI) has also taken several relief measures to mitigate the economic fallout due to the coronavirus. The Centre initiated Shramik Special trains in May to help stranded migrants, tourists students and others return to their home states. It announced the Vande Bharat Mission and Operation Samudra Setu to help Indian nationals abroad return to the country amid the coronavirus pandemic. The coronavirus pandemic is altering beviour across the world. From social distancing to wearing masks, from washing hands to working from home, people have been forced to change their habits. And not just humans, the coronavirus pandemic has led to cleaner air, blue skies and a change in animal behaviour.

US proposes once-a-year Covid shots for most Americans

The FDA on Monday proposed a simplified approach for future vaccination efforts, allowing most adults and children to get a once-a-year shot to protect against the mutating virus.

The letter was written by Prakash Kumar Singh, Director, Government and Regulatory Affairs at Serum Institute of India (SII), they said. National Technical Advisory Group on Immunisation (NTAGI) is likely to hold a meeting soon to decide on the matter.

In its order, dated January 12, the state government has also directed shops, theatres and organisers of various events to ensure facilities for people to wash their hands and use sanitisers.

The country's active Covid-19 caseload recorded a decrease of 30 cases in the last 24 hours.

Lalit Modi contracted the infection in Mexico City and was taken to London in an air ambulance.

Why prevention remains the best strategy against BF.7, other variants

Unfortunately, the virus has so far always been a step ahead of us. So we cannot be certain of what it will do next and when. We should always be prepared for the worst case scenario while hoping for the best. 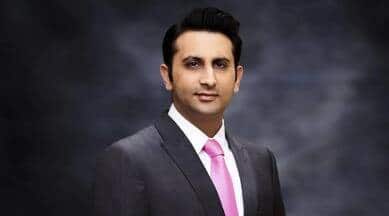 Adar Poonawalla said there are ample stocks with the Union government for supply of Covishield vaccines.

The health department said that Karnataka is reporting about 30 to 40 cases daily and the Test Positivity Rate has been around 0.59 per cent to 0.7 per cent for the last five months.

With daily case detections still above 40,000 and reports and pictures of blatant violations of social distancing norms coming from tourist spots, officials warn that daily cases could explode if people behave recklessly.

Amid the pandemic and rise of multiplexes, Kolkata's single screen cinemas struggle to stay afloat

Dr V K Paul, who heads the country’s Covid task force, said the US decision will not have any regulatory impact in India.

A Spider-Man ride that lets visitors blast bots with virtual webs from their bare hands and a show of strength from the royal guard of Wakanda are among the highlights of the new Avengers Campus at Disney's California Adventure Park, whose debut was paused for about a year by the coronavirus pandemic before it opens to the public Friday.

Nurses, doctors and volunteers have started making patients do yoga, and a few stretching exercises known to provide better care as the virus hits. Due to the nature of the virus, monitoring breathing patterns and focusing on lung health has become vital.

Amid a surge of Covid-19 cases and curfews, Muslims across the world marked last week of the holy month of Ramadan.

From the Covid-19 pandemic frontlines in Gujarat