Besides the hike in fuel prices, the Congress will also plan protests against the government over high inflation, the pace of Covid vaccination and handling of the pandemic, they said.

On first day of Budget session, Cong to protest against hike in rail fare

With aggressive protests, party aims to regain support in capital.

They were protesting to press for speedy implementation of food security scheme. 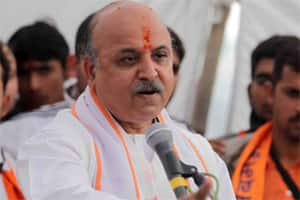 'Congress should first apologise for its tirade against RSS'