One injured jawan back then had told The Indian Express, “We were coming back when we were attacked. We didn't know when the Naxals covered  us from all sides. They had sophisticated weapons.” At least 35 security personnel were injured in the attack and the Maoists fled with their arms and ammunition.

The foundational frameworks iconically represented by Madison, Mao, Maududi and Mandela are floundering.

Out of the 31 cases that the accused has been booked for, 11 pertain to murder, officials said.

According to NIA, CPI (Maoist) allegedly conducted training camp, arms training, flag hoisting and celebrations of the formation day of the organisation in September 2016 in Nilambur forest area, Kerala.

According to the advocate appearing for the Professor, Chief Justice Raghvendra Singh Chauhan asked "what was the police doing for these many years if the professor was teaching in the university. You say he was absconding. Ridiculous."

Police said the index of one of these notebooks carried the signature of “Vishwa,” suspected to be a name given by Maoists to Santosh Shelar

He said CPI(M) would not allow BJP to enter Bengal by tying up with TMC for 2014 elections. 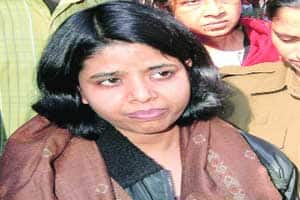 The Allahabad High Court on Monday granted bail to the alleged Naxal couple  Seema Azad and her husband Vishwavijay Azad.

Investigation by the state Anti-Terrorism Squad into the arrest of some persons last year for their alleged Naxal links has revealed that the banned outfit Communist Party of India had organised a 15-day camp in Pune in mid-2010.