Coal scam: CBI moves SC to include one more officer in probe team

SC had directed CBI that no changes be made in the team of officers probing the coal scam.

I am not above law,ready to face CBI in coal scam probe: Manmohan Singh

The Prime Minister said he had nothing to hide in connection with the coal blocks allocation case.

Hindalco has done no wrong,not worried about 'fallout': KM Birla

Nearly 150 files and documents were to be received by CBI from the Coal Ministry.

Coal scam: Govt to submit report to CBI on missing files by Sept 13

Coal Ministry has said it is in the process of locating the documents.

Coal Minister Sriprakash Jaiswal hinted CBI may be asked to look into the case after that.

CBI contended that no sanction or approval of the government is required in court monitored cases. 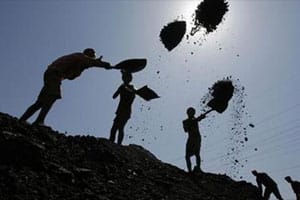 CBI is likely to register more than one FIR in alleged irregularities in allocation of coal blocks.