Speaking on the occasion of Teachers' Day, Baghel has said that the move will not only promote the local language and dialects, but will also enhance students' interest towards studies, an official said.

The fictional characters in the political satires written by Nilesh Sharma allegedly resembled ministers in the Chhattisgarh government, as per a complaint against him.

As per an official statement, the state has received only 1,71,476 tonnes of chemical fertilisers against the demand of 2,32,000 metric tonnes till January for the Rabi season.

Enrolment up, learning outcomes down: What ASER's pandemic-period study in Chhattisgarh schools shows

The findings in the Annual Status of Education Report (ASER) Chhattisgarh (Rural) 2021 underline the learning crisis unleashed by pandemic-induced disruptions since March 2020, when states stopped in-person classes and switched to online teaching.

The state's higher education department in its order asked the colleges to conduct the first and second semester exams of all courses online or in a blended (online+offline) mode.

Transfer of five IAS and five excise officers in Chhattisgarh

The regulator said a Bell 407 helicopter with VT-KSA registration number was hired from King Rotors and Air Charter by the state government to be used for police action in Naxal areas. 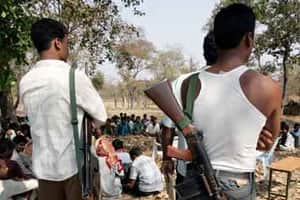 Skill-based programme to be replicated in Naxal-hit districts

The Minister said that he has asked Chattisgarh government to organise a Yuva Sammelan in Sukma. The state govt would award Rs 25,000 to those who provide information on sex determination clinics.