Charlie's Angels director Elizabeth Banks said Captain Marvel, led by Brie Larson, and Wonder Woman with Gal Gadot in the title role, went on to rake in the moolah as such films fall in the "male genre" of comic book movies.

Would love to do Charlie's Angels with Jacqueline Fernandez, Nargis Fakhri: Lisa Haydon

Sony is rebooting the famous "Charlie Angels" franchise with actress-director Elizabeth Banks in negotiations to direct the new version.

I am not a good actress: Drew Barrymore

The actress who has starred in countless films, prefers to become the character while portraying them.

Drew Barrymore credits her husband,Will Kopelman's mother for teaching her to be a good wife.

Cameron Diaz is also likely to reprise her role in a sequel to her 2011 hit <i>Bad Teacher</i>.

They've been hanging out and the news has reached Gaga's camp. 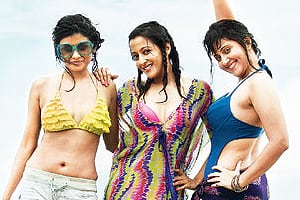 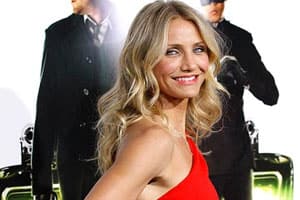