Miller’s film is an interesting look at the high ideals of the Olympics and the low means that sometimes make it possible. 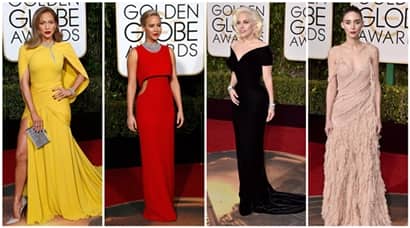 Regulators should be on their toes to keep market stable, Adani issue a company specific matter: FM Nirmala Sitharaman

Nirmala Sitharaman said said banks and insurance companies are "not overexposed" to any one company and assured that Indian markets are very well managed by its regulators.

Pervez Musharraf, the architect of the Kargil War, had at least five major meetings with the Indian leadership. The later meetings were more fruitful than the earlier ones, but the gains overall were limited.

Ministry of Electronics and IT (MeitY) has issued orders to block these apps following instructions from Ministry of Home Affairs.

The four-star general ruled Pakistan for nearly a decade after seizing power in a bloodless coup in 1999.

Shah Rukh Khan replies to young fan who didn’t like Pathaan: ‘Try DDLJ on her please, maybe she is the romantic types’

Shah Rukh Khan's Pathaan might have emerged as the biggest Bollywood movie at the box office till date, but it did not impress his one young fan.

Indo-European ensemble to stage folk tales and fables in Pune

Organised by Alliance Française de Pune, in association with the department of French, Fergusson College (autonomous), the musical theatre performance will be presented at NM Wadi Amphitheatre at 7 pm Sunday.

While immediate family members of the deceased Newton Sheikh alleged that Congress supporters were responsible for the attack, West Bengal Congress president Adhir Ranjan Chowdhury said the party has little presence at Margram to be able to involve in any kind of physical attack.

The man behind the initiative to spread knowledge about the Constitution and the values enshrined during the process of its creation is Vinay Kumar, 38.

The state transport department offered the discount through an announcement Thursday (February 2) as a one-time measure till February 11 after a meeting chaired by Karnataka State Legal Services Authority in January.

May Allah bless the departed soul and give strength to the bereaved family, said a statement issued immediately after Musharraf's death from the Inter-Services Public Relations (ISPR), the media wing of the Pakistan military