Ravela Kishore Babu is one of the big names to have joined the Bharat Rashtra Samithi’s Andhra Pradesh unit. He fell out with the TDP after being dropped during a Cabinet reshuffle in 2017 and since then has moved from one party to another.

Naidu has been touring Andhra Pradesh in an attempt to regain ground in the state ahead of the Assembly elections in 2024.

‘Thought we would collect sarees and go home happy’: Relative of woman killed in stampede at Chandrababu Naidu’s event

K Jyothi, a relative of K Rajlakshmi of Nayi Brahmin colony who died, said there was no crowd management.

Speaking at various programmes over the weekend at Anakapalli and Narsipatnam, the YSRCP chief accused Naidu of betraying all sections of people and alleged that his “craze for publicity” cost human lives.

Another heir, another padyatra: In Andhra, Chandrababu Naidu's son Lokesh seeks to chart his course

What led to the stampede at TDP chief N Chandrababu Naidu’s public meeting?

TDP leaders have claimed that although there was permission to hold the public meeting and the roadshow, sufficient arrangements and precautions were not arranged by the local police.

Eight people, including two women, Wednesday night fell into a drainage ditch during the stampede as thousands of people rushed to greet TDP chief N Chandrababu Naidu. Funeral to be held today

Party leaders said that he will connect with the youth and come closer to the people through the padayatra. Lokesh will undertake a 4,000-km march for 400 days beginning January 27, 2023, they said in a statememt.

Telugu actor and 'rebel star' Krishnam Raju passed away on Sunday. Several Tollywood actors paid their last respects to the legend at his residence.

Mounting a massive campaign, both the TDP and the YSRCP are indulged in a close fight in the Andhra Pradesh elections. 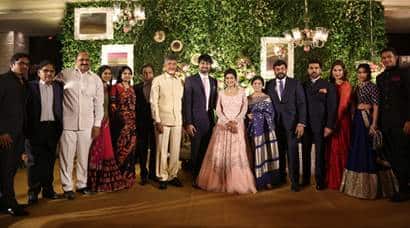 Chiranjeevi's daughter Sreeja, who got married to Kalyan recently, had a grand wedding reception in Hyderabad on March 31 which was attended by the Chief Minister of Andhra Pradesh Chandrababu Naidu, 'Bombay' actor Aravind Swamy, actresses Radhika Sarathkumar, Rakulpreet and many more from the film fraternity. 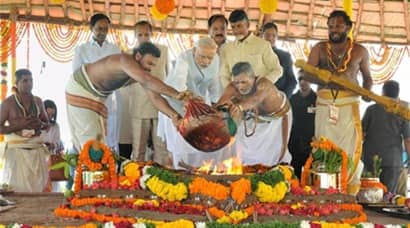 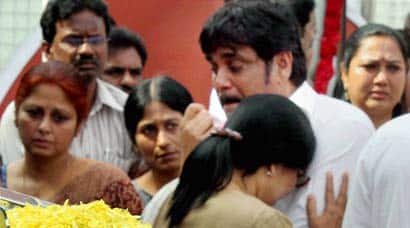 Doyen of Telugu cinema Akkineni Nageswara Rao, who mesmerised audiences with memorable performances in hits like 'Batasari', 'Devadas' and 'Tenali Ramakrishna' in a career spanning more than seven decades, died early on Wednesday (January 21) after losing his battle with cancer. 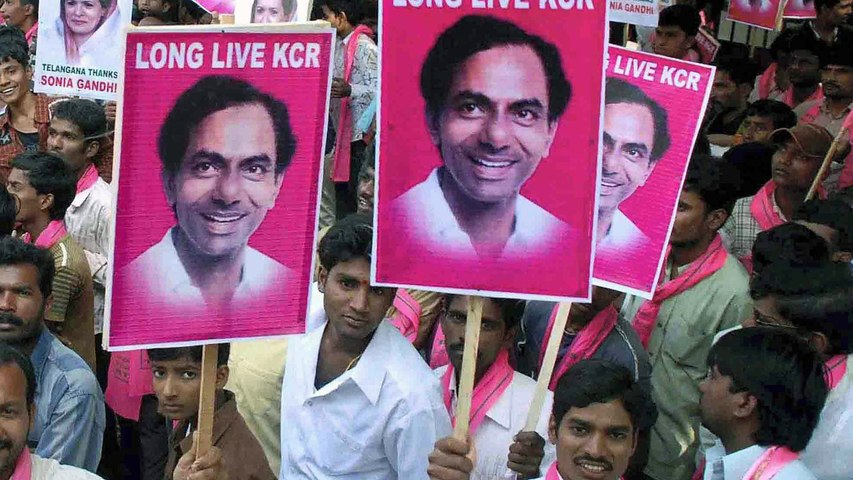 K Chandrashekhar Rao will continue as Chief Minister of Telangana for a second term. The victory is, for the most part, not a surprise. But here’s what worked in his favour. And what about the Congress-TDP alliance? Liz Mathew breaks it down. 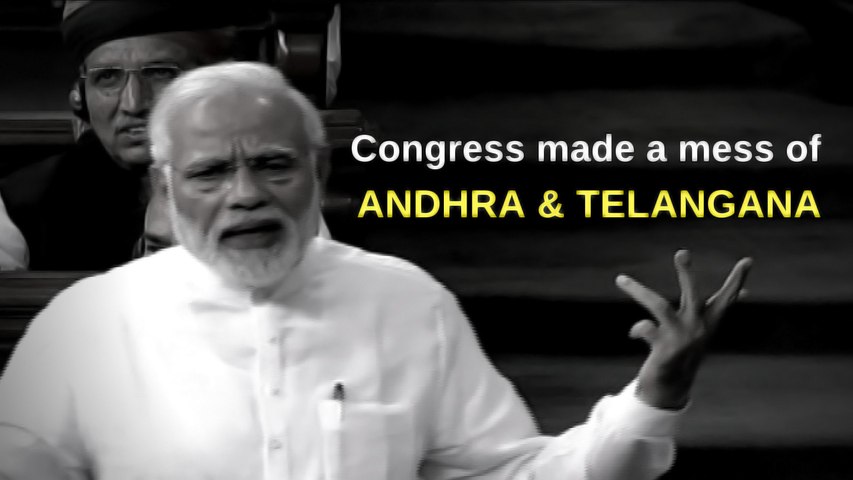 Modi says Congress' made a mess of Andhra bifurcation, just the way it did during Partition

Looking back into history, Modi said, "three states were created even under former PM Atal Bihari Vajpayee but they are functioning smoothly. Congress' handling of Andhra Pradesh bifurcation is a mess, just like the Partition of India and Pakistan".

Andhra Pradesh CM Chandrababu Naidu's Does A U-Turn Over Demonetisation