Fail and pass: Why Modi must take a cue from Li's rhetoric

Acceptance of failure must accompany all risk-taking and entrepreneurship. It is generally absent in India.

Shifting to the state

A structural change is afoot. It holds great promise for India.

M&A deals targeted towards BRIC countries stood at $ 155.2 billion,lowest year to date since 2009.

Business confidence across privately held companies in the country is at a high of 88 per cent. 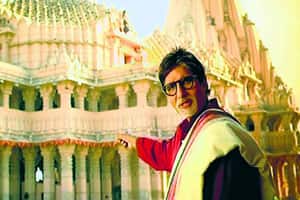 Brazil,India and China are poised to fuel an explosion in international tourism in coming years.

The Americas are likely to post 60 per cent of this growth,with an easing debt situation.

Stock market volatility forced investors across the globe to pull out $24.5 bn in Jan-March.

Rich to get richer in India: Credit Suisse

High inflation is making the rich richer and the poor poorer,says a survey.

South Africa,the largest economy of the African continent,is set to join the group of BRIC nations  Brazil,Russia,India and China  which will help India in making inroads into the continent hitherto untapped by Indian companies.