So, considering the way things have panned out, Federer hasn’t given up on a successful 2014 quite just yet.

Nadal sets up a mouth-watering clash against Roger Federer for a place in the final.

Radwanska dismantled Azarenka in the final set to close out one of her finest victories.

As Roger Federer sees it, he and Andy Murray are making a comeback from a year of ups and downs.

Djokovic was a model of controlled aggression under the lights of Rod Laver Arena. 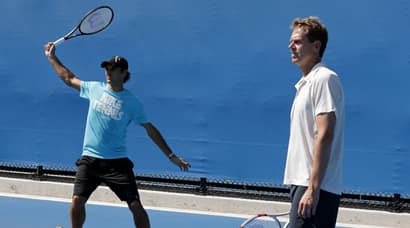