Exclusive | Atul Kulkarni on Laal Singh Chaddha, Aamir Khan's performance and film's messaging: 'Disruptions due to religion in India needed to be addressed'

Atul Kulkarni: 'I don't do what people want me or expect me to do'

After giving us noteworthy characters in several award-winning films, Atul Kulkarni is now ruling the digital space. He reprises his Amey Rao Gaikwad in City of Drams season 2, which is currently streaming on Disney Plus Hotstar.

City of Dreams Season 2, The Last Mercenary, Vivarium: What to watch on July 30

From City of Dreams: Season Two on Disney Plus Hotstar to Vivarium on BookMyShow Stream, here's everything that you can watch on OTT platforms today.

City of Dreams season 2 trailer: Game of politics in Gaikwad household gets murkier

The Raikar Case review: An engaging whodunnit with compelling performances

The Raikar Case review: The main selling point of The Raikar Case is its able cast. Atul Kulkarni, who plays the family patriarch, is as good as he has always been. Ashvini Bhave's experience shows in her performance.

The Raikar Case trailer: A gripping edge-of-the-seat thriller in the offering

The trailer of Voot Select's upcoming web series The Raikar Case is out. The thriller is backed by an able cast, including actors like Atul Kulkarni, Neil Bhoopalam, Ashwini Bhave, Parul Gulati, Kunal Karan Kapoor and others.

A new trailer of the web series, The Test Case has been released by the makers. Starring Nimrat Kaur in the lead role, The Test Case looks like a watchable military drama. It will start streaming on ALTBalaji from January 26.

Manikarnika The Queen of Jhansi: Atul Kulkarni doing sword-fighting stunts on his own, without any body double

Actor Atul Kulkarni would be seen as Tatya Tope in upcoming film Manikarnika - The Queen of Jhansi which has been directed by Krish. The actor is doing all his sword-fighting stunts himself. The film also features actor Kangana Ranaut as Rani Laxmibai. 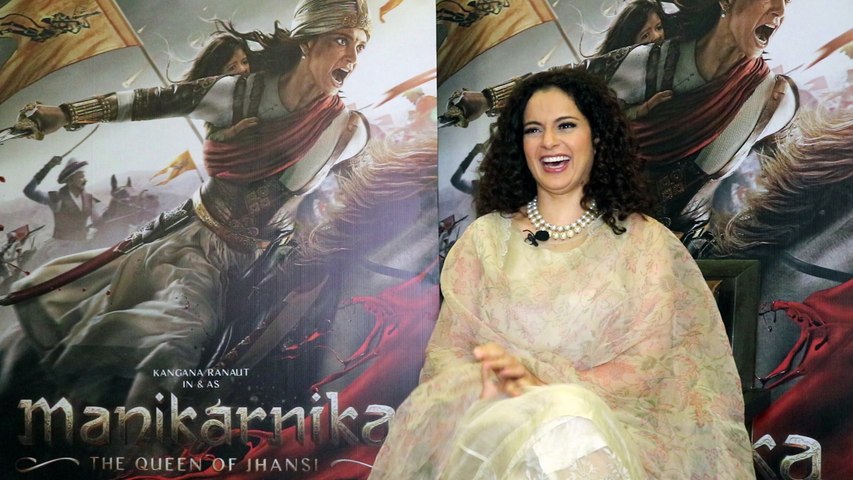 Kangana Ranaut talks about her upcoming film Manikarnika: The Queen of Jhansi. She also reminisces about her journey in the Hindi film industry. The biopic on Rani of Jhansi will hit screens on January 25.

My work speaks about love for India, says 'misunderstood' Aamir

New Delhi, Jan 26 (ANI): Recently in an event, Bollywood actor Aamir Khan said that his 'controversial' remark on intolerance was totally misunderstood and, therefore, it is quite natural for people to react in such a way.He also blamed media for spreading misguided statement that he and Kiran want to leave the country because it is intolerant, whereas he has never said anything like that.To support his statement, Aamir asked people to take a look on the kind of work he has done in his career.The actor also insisted that for him it was impossible to pass any such statement about a country for he belongs to the family of great freedom fighter Maulana Abdul Kalam Azad.Adding to the comment of Aamir Khan, director Rakeysh Omprakash Mehra said that the word 'intolerance' has become a fashion.Aamir and Rakeysh were seen celebrating the 10-year journey of their 2006 film, 'Rang De Basanti.' To mark the occasion, the entire cast of the film, Aamir , Sharman Joshi, Atul Kulkarni, Siddharth and Waheeda Rehman along with Rakeysh and producer Ronnie Screwvala, launched a book which includes the screenplay, lyrics, story board and anecdotes from the film along with some exclusive interviews of AR Rahman, Aamir and Prasoon Joshi.

New Delhi, Jan 26 (ANI): Directed by Rakeysh Om Prakash Mehra, youth iconic film 'Rang De Basanti' has completed 10 years of its release. To mark the occasion, the cast of the film, Aamir Khan, Sharman Joshi, Atul Kulkarni, Siddharth and Waheeda Rehman along with Rakeysh and producer Ronnie Screwvala, launched a book which includes screenplay, lyrics, story board and anecdotes from the film along with some exclusive interviews of A R Rahman, Aamir and Prasoon Joshi. The cast also spoke about some memories related to the shoot of the film and how special the movie has remained for each one of them. Giving an example of an incident, Siddharth expressed how unhappy he was that his role in the film influenced youngsters to smoke. As the film completed 10 years of its release, the star cast, including Aamir, Sharman and Siddharth danced to the tune of popular 'Pathshala' song along with choreographer Ganesh Acharya. The film, which speaks about the contemporary showcase of the Indian history, over the period of 10 years, has become a cult in history of Indian cinema.