The police said prima facie it appeared to be a case of suicide. No suicide note has, however, been recovered from the room.

NMCE,known for trading in spice and plantation crops,recorded a turnover of Rs 18,923 crore this year. Swati Mishra confesses that she had fallen in love with her uncle,who trained to use fire arms.

Earthquake in Turkey Today: Two teams of the NDRF comprising 100 personnel with specially trained dog squads and necessary equipment are ready to be flown to the earthquake-hit area for search and rescue operations.

The Adani group said the move is in continuation of the promoters’ assurance to prepay all share-backed financing.

The 75-year-old British American novelist was giving a lecture at the Chautauqua Institution in New York – where he is based – on August 12 last year when a man stormed the stage and stabbed and punched him several times.

As per a Maharashtra Railway Infrastructure Development Corporation proposal, the train will run at a speed of 200 kmph and stop at 24 stations, passing through Pune, Ahmednagar and Nashik districts.

Officers said the contractor and his staffers triggered a blast at the site to break a large rock located in one corner of a dug-up area. 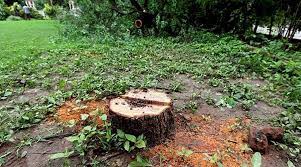 In November 2021, the police arrested a gang of four people from Baramati. They were found to be involved in sandalwood thefts at the NCL guest house and other spots. The police recovered sandalwood logs worth Rs 1.56 from their possession.

SII CEO Adar Poonawalla, in a letter to the college, has agreed to develop the ground, take care of digging a borewell, and install a water storage tank and pipeline network.

BJP leader and Pune District Guardian Minister Chandrakant Patil said on Monday, “If the MVA or the Congress agrees to an unopposed election, we will field someone from the Tilak family and withdraw our nominated candidate.”

The BJP announced the name of Ashwini as its candidate from Chinchwad constituency on Friday. The seat fell vacant in January owing to the death of sitting BJP MLA Laxman Jagtap. The elections are slated for February 26.