Amitabh Bachchan is an Indian superstar who has appeared in numerous Hindi movies. He is often regarded as one of the greatest actors of Indian cinema. Amitabh Bachchan was born in Allahabad, to poet father Harivansh Rai Srivastava (Bachchan), a well-known Hindi poet and mother Teji Bachchan. Amitabh Bachchan achieved stardom with films like Zanjeer (1973), Deewar (1975), Don and Trishul. He also earned the tag of Angry Young Man for his powerful performances. Bachchan saw a sluggish career progress through the 80\'s. However, he came back as a host to of Kaun Banega Crorepati (KBC), the Indian adaptation of the British television game show, Who Wants to Be a Millionaire? Amitabh was \"voted the greatest star of stage or screen\" in a BBC Your Millennium online poll. BBC noted, \"Many people in the western world will not have heard of him....but is a reflection of the huge popularity of Indian films.\" In his second coming, he is enjoying a resurgence in popularity with films such as Pink, Paa, Kabhi Khushi Kabhie Gham, Sarkaar etc.

Anurag Kashyap recalled what he described as a 'kamaal ka kissa' about working with Amitabh Bachchan on the television show Yudh.

Salim Khan spoke about Amitabh Bachchan's reclusive nature in a new interview, and said that they were never close friends.

Amitabh Bachchan celebrates after Abhishek Bachchan bags top spot in OTT Star poll, recalls the ‘jibes and sarcasm’: ‘He proves to all…’

Abhishek Bachchan was named the No. 1 OTT Star (Male) in a mood of the nation poll.

Amitabh Bachchan, Jaya Bachchan celebrate Abhishek Bachchan's birthday as per Hindu calendar: 'May the blessings of Saraswati Devi be upon you, Abhishek'

Amitabh Bachchan and Jaya Bachchan celebrated Abhishek Bachchan's birthday at their home in Mumbai. They also celebrated the festival of Basant Panchami.

Amitabh Bachchans are not created, they are born: Javed Akhtar

Javed Akhtar said actors like Amitabh Bachchan are great because of their talent and not because somebody created them.

Watch: When Amitabh Bachchan's words got smiles on faces of Messi and Ronaldo

Amitabh Bachchan was the guest of honour at PSG vs Al Nassr-Al Hilal XI football match in Riyadh, where he interacted with Lionel Messi, Cristiano Ronaldo, Neymar and Kylian Mbappé.

Rekha visited the sets of Bigg Boss 8 and revealed that she was scared of only one person - Big B.

When Amitabh Bachchan rated himself 7.5 as a husband, wife Jaya Bachchan gave him only 5 points: 'The most annoying experience of my life is when...'

Jaya Bachchan had once shared that she is not the top priority of her husband Amitabh Bachchan. She ranks after his parents, children and his work.

How did you celebrate the harvest festival this year?

The Kolkata International Film Festival was attended by Shah Rukh Khan, Amitabh Bachchan, Rani Mukerji and many others.

Vikram Gokhale, who made his Bollywood debut in 1971, has acted in more than 80 films and 17 TV shows. The veteran actor passed away on November 26.

Amitabh Bachchan@80: Exhibition offers insight into the 'myth, the man, and the moment' with master artists' works

The statement noted that each original artwork tells the story of this country, its pathologies, anxieties, paradoxes, fears, celebrations, failures and triumphs

Shweta Bachchan took us inside her dad and megastar Amitabh Bachchan's birthday celebration.

On Amitabh Bachchan's 80th birthday, revisiting some of his most iconic looks

Happy Birthday, Amitabh Bachchan: He is admired for his enigmatic on-screen persona, but Big B's fashion is equally charismatic. Which one is your favourite?

On the sets with Amitabh Bachchan

Bollywood icon Amitabh Bachchan is turning 80 on October 11. 'Age is just a number' for the super energetic Big B who keeps himself busy with projects even after all these years. 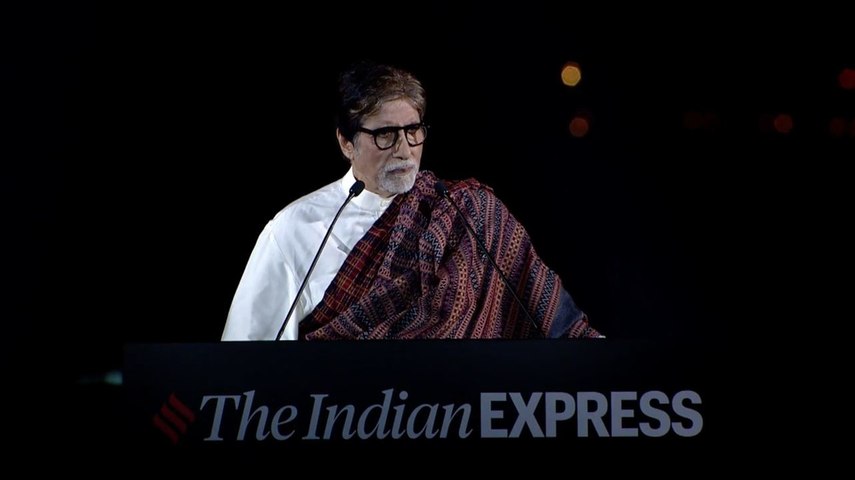 26/11 Stories of Strength – A Rare Performance by Amitabh Bachchan

26/11 Stories of Strength – A Rare Performance by Amitabh Bachchan

On November 26,The Indian Express hosted the third edition of 26/11 Stories of Strength, an initiative to honour survivors and their families. Nritarutya Dance Company performed on Vande Mataram as Amitabh Bachan’s voice emerges in the background. 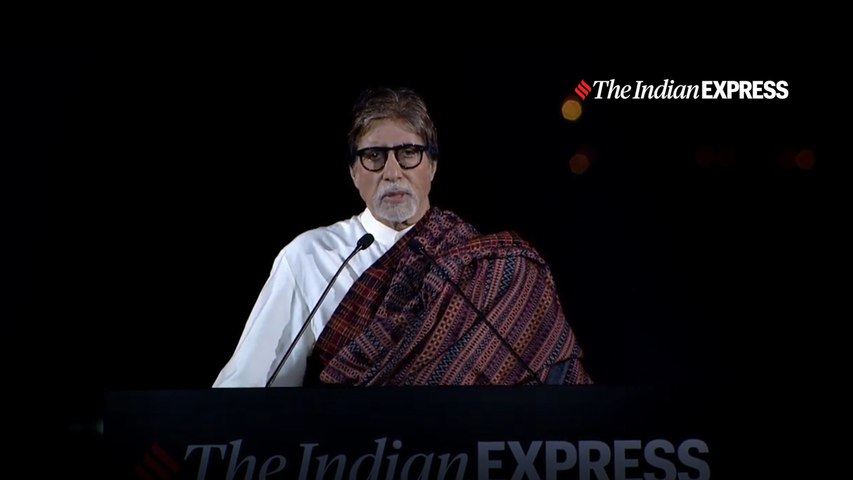 On Nov 26, The Indian Express hosted the third edition of 26/11 Stories of Strength, an initiative to honour survivors and their families and to recount their stories of resilience in the face of grief and loss. 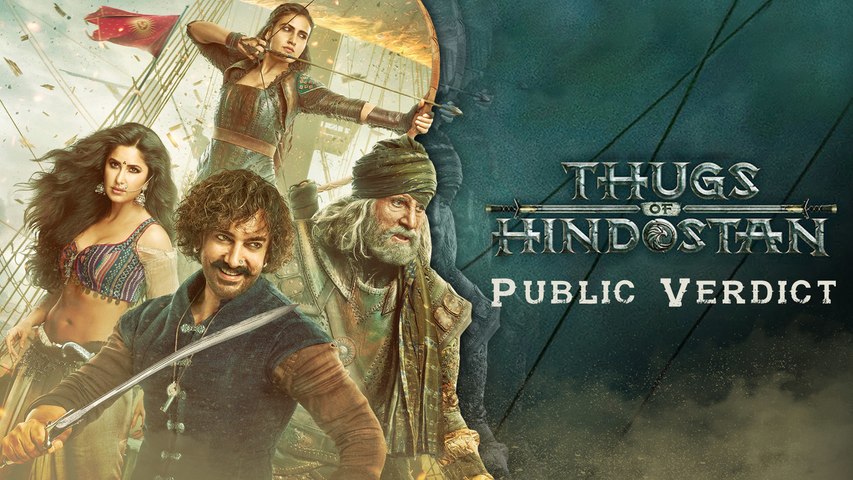 Thugs of Hindostan, starring Amitabh Bachchan, Aamir Khan, Katrina Kaif and Fatima Sana Sheikh, is the big Diwali release this year. Here's what the audience had to say after watching it. 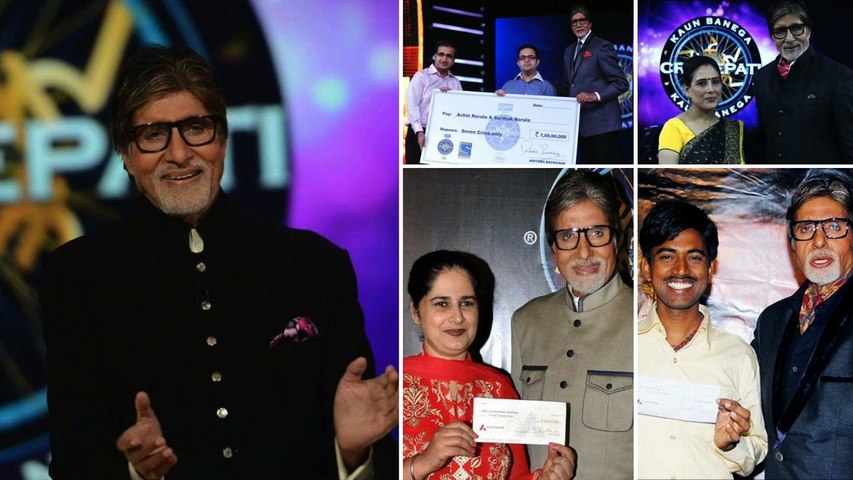 Amitabh Bachchan returned with the tenth season of KBC on Sony channel. The reality game show has given us several winners ever since it debuted on Indian television in 2000. Here are all the top winners of KBC and what they are doing today.

At the stories of strength event in 2008, Actor Amitabh Bachchan speaks on how we must recognise that to vilify a foe is no victory at all, to understand a foe is the first act of strength in resistance

Amitabh Bachchan who has worked with the late actor Om Puri in several films like 'Baabul' 'Kyun ! Ho Gaya Na' and 'Lakshya' tweeted, "Shocked to learn of OM PURI Ji's passing just now.. a dear friend a lovable colleague and an exceptional talent .. in grief !"

Amitabh Bachchan At Pink Trailer Launch: I Want India To Be Free Of Rapes

At the trailer launch of the film Pink, Amitabh Bachchan expressed his wish of seeing a free India where rape crimes would be non-existent.