Captain Amarinder Singh is the current chief minister of Punjab. A prominent and popular leader of the Congress, he took over the role on March 16, 2017. Singh is the son of the last king of the erstwhile state of Patiala. Having completed his schooling from Doon school, Singh completed his military training from the National Defense Academy and the Indian Military Academy. He joined the Indian Army in 1963 and was part of the Indo-Pakistan war of 1965, as part of the Sikh regiment. Singh entered politics in 1980 under Rajiv Gandhi who was his friend from school. He later left Congress as a mark of protest against Operation Blue Star in the Golden Temple. He joined the Shiromani Akali Dal, and later broke away from it to form a splinter party, Shiromani Akali Dal (Panthic) that went on to merge with the Congress in 1997. Singh served as Punjab Congress chief from 1999 to 2002. In 2002 he became the state's chief minister and remained in power till 2007. In 2014, Singh had won the Lok Sabha elections but had later resigned when the Supreme Court ruled the Sutlej Yamuna Link (SYL) canal agreement as unconstitutional. Singh was appointed president of Punjab Congress on November 27, 2015, in the run up to the 2017 Assembly elections. Apart from a strong political contender, he is also well known for his literary bend. He has penned several books on war and Sikh history, including his memoir of the 1965 Indo-Pak war.

AICC general secretary Tariq Anwar says Kaur was suspended after the Congress president received a complaint from the party's Punjab chief, who alleged that she was indulging in anti-party activities.

Amarinder Singh, former chief minister of Punjab, quit the Congress party in 2021 and founded the Punjab Lok Congress. In September 2022, he merged his party with the BJP.

Amarinder said he met the PM at the Parliament in New Delhi as "courtesy" after undergoing "surgery in the UK".

Amarinder and Jakhar had quit the Congress ahead of this year's Punjab elections in which the Aam Aadmi Party (AAP) scored a landslide victory, while Shergill resigned from the Congress in August.

Staff to be covered under OPS to retire from 2040, govt not worried about implementation

While the political leadership of the state took the decision of reversal to OPS, there were a few bureaucrats who had opposed the decision.

To be observed on October 14, the anniversary will be held under the AAP government for the first time.

Amarinder: Mann govt confrontationist, not sure how long people will tolerate it

Asked about the political crisis in Rajasthan over leadership change, Singh said it is the Congress' issue and the matter is between Chief Minister Ashok Gehlot and party president Sonia Gandhi.

New team for Captain: What Amarinder Singh joining BJP can mean for him, the party

As Amarinder Singh joins the BJP, a look at how they can help each other, and whether there is more than meets the eye.

Always a soldier, Amarinder Singh embarks on a new journey at 80

Days after his return to Punjab after having undergone a surgery in London, Amarinder has now launched a new innings as he joined the BJP on Monday.

BJP gets a Sikh face, on many counts, Amarinder Singh a good fit

Picture This: Akhilesh's march to Amarinder's move, what made news in politics today 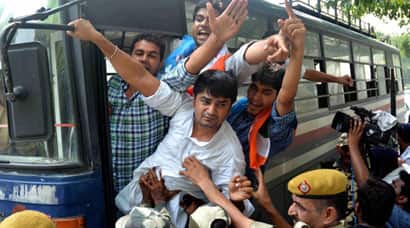 Police detaining NSUI members during a protest against CSAT format. 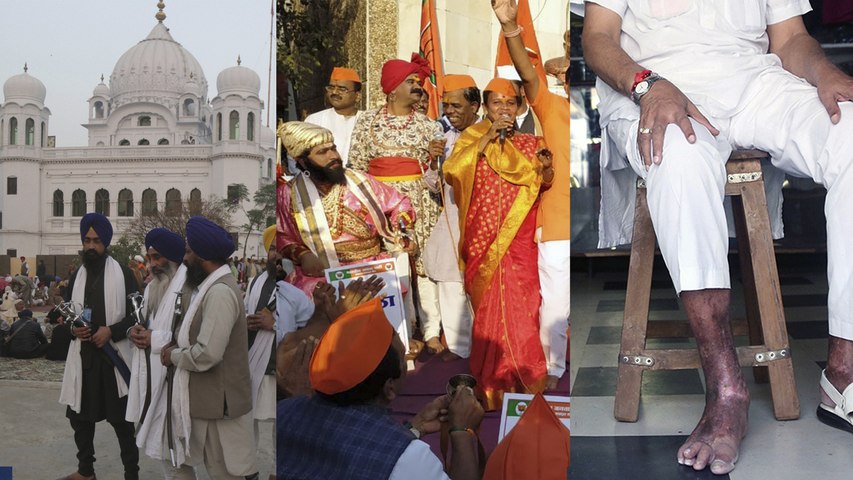 Eye for Detail 15: The importance of Kartarpur corridor, Implant Files and the Maratha reservation

This week we look at the importance of the Kartarpur corridor between India and Pakistan, why you should pay attention to the revelations from Implant Files and what the Maratha reservation could lead to.

Amritsar, Jan 12 (ANI): Rubbishing former Pakistan president General Pervez Musharraf's remark that India was overreacting on the Pathankot terror attack, Congress leader Captain Amarinder Singh on Tuesday said that India will react as they are not superfluous who can be shot by the terrorists. Singh further stressed the need for continuation of talks between the two countries, saying regular communication is the only way to establish peace and stop terror attacks.

Talks with Pakistan should not stop: Amarinder Singh

New Delhi, Jan 11 (ANI): Congress leader Captain Amarinder Singh on Monday said that talks with Pakistan should not be stopped as peace cannot be achieved without dialogue.The former Punjab chief minister also said that India cannot afford to lose its soldiers every day.