Violence incubates in our society. Insensitivity to it makes the doctor vulnerable.

Doctors want warnings on 80 per cent of tobacco packs

Doctors at AIIMS said tobacco use initiation is coming at a much younger age - at less than 10 years.

Medically Vertigo is described as a sensation of spinning, forcing people to feel that the world around them is spinning.

It had also exempted Latorre for two weeks from appearing before the Chanakyapuri Police Station once a week as a condition of his bail.

A two-member delegation submitted a memorandum to President Pranab Mukherjee.

Doctors to move court for stay on AIIMS hiring drive

Eligible doctors excluded as AIIMS has not issued fresh advertisements.

Express 5: Toll politics in Maharashtra and miraculous operation at AIIMS

Five best stories of the Indian Express you must read before starting your day.

The second autopsy was held under directions from the Madras High Court. 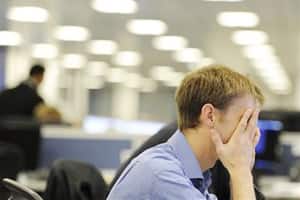 The study is being done for best treatment outcome of patients admitted in the hospital.

Members of Parliament say members of weaker castes in AIIMS and other institutes are being driven to suicide.