Who is Dr M Srinivas, the new AIIMS Delhi chief?

Officials at AIIMS said Dr Srinivas started the biometric attendance to inculcate work ethics in staff and also formed a transparent online doctors’ recruitment system which used to give scores and gold medals etc to them based on their research papers.

According to sources, resident doctors in the department complained of being abused about their work during rounds and during surgery.

‘Gay’ husband of AIIMS doctor who killed herself faces trial

The accused, a senior resident at AIIMS, faces trial on charges of subjecting his wife to cruelty, dowry death and abetment of suicide.

He is gay, she was in love. He couldn’t change, she couldn’t live

A court sent the husband, also a doctor at AIIMS and described in his wife’s suicide note as a “homosexual”, to 14 days in custody.

Sources confirmed no blood vessels around the ovaries were found to be torn or ruptured in the procedure. 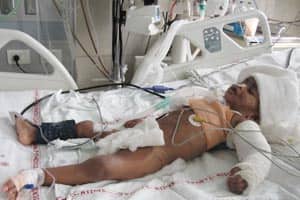 Baby Falak was admitted in ICU of Jan 18 and has undergone 3 life saving surgeries since then.