The official, who is from the Defence Ministry, stressed that the lifting of the ban was based on certain conditions the company will have to comply with.

Chartered accountant Rajiv Saxena's statement, running over 1000 pages, show him claiming that his role was “liited to the structures and managing the execution” for key players like Sushen Mohan Gupta, Ratul Puri and Gautam Khaitan.

Puri has been booked based on a complaint from the Punjab National Bank (PNB), which has alleged fraud of over Rs 787 crore by Moser Baer Solar Ltd (MBSL).

The apex court's order came on an appeal filed by the Centre against the May 16 order of the high court.

This comes a day after a man walked into the courtroom of Special Judge Kumar in the middle of the ED’s rebuttal, claimed to a witness in the case, and leveled allegations against the agency.

The judge also rubbished the ED’s report into the leak: that it might have been done by the court’s ahlmad, and there is no leakage of chargesheet on the part of the ED.

The court also noted the submission of the counsel appearing for Michel who told the court that there is no medical emergency and he is seeking interim bail for general medical check-up of accused.

From the first raids at middlemen Guido Haschke’s offices to his connections in India and from Christian Michel’s role to taped conversations that named ‘AP’ and ‘FAM’, these are among the key reports that prompted a probe that led to the cancellation of the deal in 2014.

The Congress said the charge sheet filed by the Enforcement Directorate(ED) before a Delhi court on Thursday was a 'cheap election stunt' to divert people's attention from the 'imminent defeat' of the Modi government in the polls. 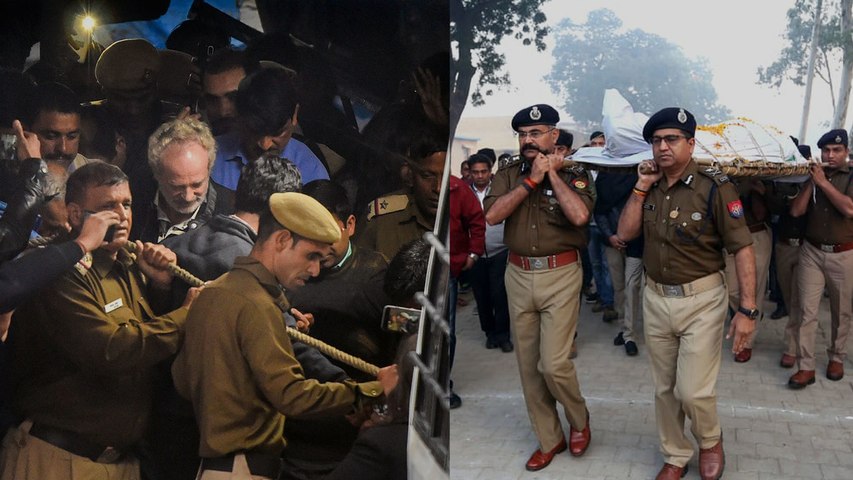 This week we look at how UP got to a place where mob violence that spiralled out of control got a police officer killed, why the extradition of Christian Michel is a political hot potato & how a WhatsApp video ruined a woman’s life in Kerela.

AgustaWestland VVIP Chopper Deal : How to study the new revelations

Manu Pubby explains his latest exclusive story for The Indian Express on the AgustaWestland VVIP Chopper deal. On February, 2014, The Indian Express published a report by him showing how a note that Italian prosecutors produced in court to show the vital role played by middleman Christian Michel in fixing the VVIP chopper deal, has the British 'consultant' telling top AgustaWestland officials to 'target' the closest advisers for UPA chairperson Sonia Gandhi for the contract. http://iexp.in/wod62358