This is slower than the 8.7 per cent GDP growth in 2021-22, but slightly higher than the Reserve Bank of India (RBI) forecast of 6.8 per cent for the current financial year.

Punjab to conclude procurement as wheat arrival declines: Centre yet to take call on shrivelled grains, mandis to start shutting from May 5

There is a huge demand for Indian wheat amid sharp decline in availability of the grain in the global market due to the ongoing conflict between Russia and Ukraine. Both nations are major producers and exporters of wheat.

It also stated that Gujarat should emulate Karnataka, Telengana, Jammu and Kashmir Punjab and Haryana, which have decided "to exempt the production and logistics of these agri-inputs manufacturing industries".

Agricultural exports from India have started picking up again, which is good news for farmers

India has no system to monitor pesticide residues in imported foods, even as its own shipments are getting detained in overseas ports.

This, the note says, is expected to bring at least Rs 25,000 crore of investment into agriculture.

This is expected to bring at least Rs 25,000 crore of investment into agriculture, says the ministry note. 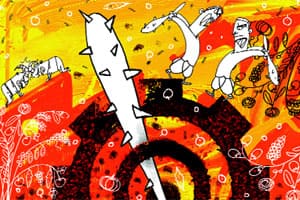