Akshay Kumar starrer Khiladi completes 30 years of release today. On the occasion, we take a look back at what makes the Abbas-Mustan directorial one of the best murder mysteries in Bollywood.

A Hindi film inspired by Netflix's original series Money Heist is in the making. Filmmaker duo Abbas Mustan are all set to direct the film with Arjun Rampal playing the Professor.

Khiladi begins on a college campus with some boy-girl rivalry and smoothly drifts into a shocking murder mystery. Starring Akshay Kumar, Ayesha Jhulka, Deepak Tijori and Anant Mahadevan, Khiladi is one of the best in its genre to date.

Machine movie review: How to pass time in this drag? Play spot-the-movie game

Machine movie review: Abbas-Mustan cherrypick from their hits Soldier, Baazigar and Race to launch Mustafa Burmawala, son of Abbas. But this squelchy plot needed acting chops and charisma which the film's leads lack.

Abbas-Mustan keen to sign Nishikant Kamat for next film

Director duo Abbas-Mustan says they would want to sign Nishikant Kamat for their next film.

Director-duo Abbas Mustan say they are working on a script which can be developed as a sequel to their hit 2002 romantic-thriller "Humraaz".

Abbas-Mustan say, "Comedy is in Kapil Sharma's blood; in one scene he can come up with 6-7 variations to it." 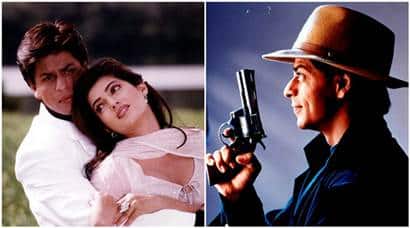 It's been 18 years since the Shah Rukh Khan-Twinkle Khanna starrer Baadshah released and even though this Abbas-Mustan film was not so popular at the time of its release, it became a cult watch on the small screens. Impeccable performances, intriguing plot and perfect comic timing, what more does a film need? 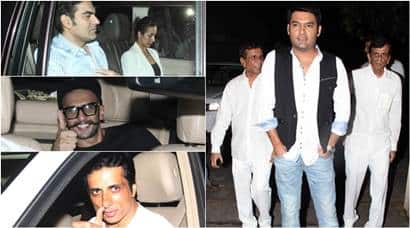 A special premiere of Kapil Sharm's Bollywood debut 'Kis Kisko Pyaar Karoon' was held, which saw few of Kapil's best friends from the industry that he has made during the course of his comedy show.